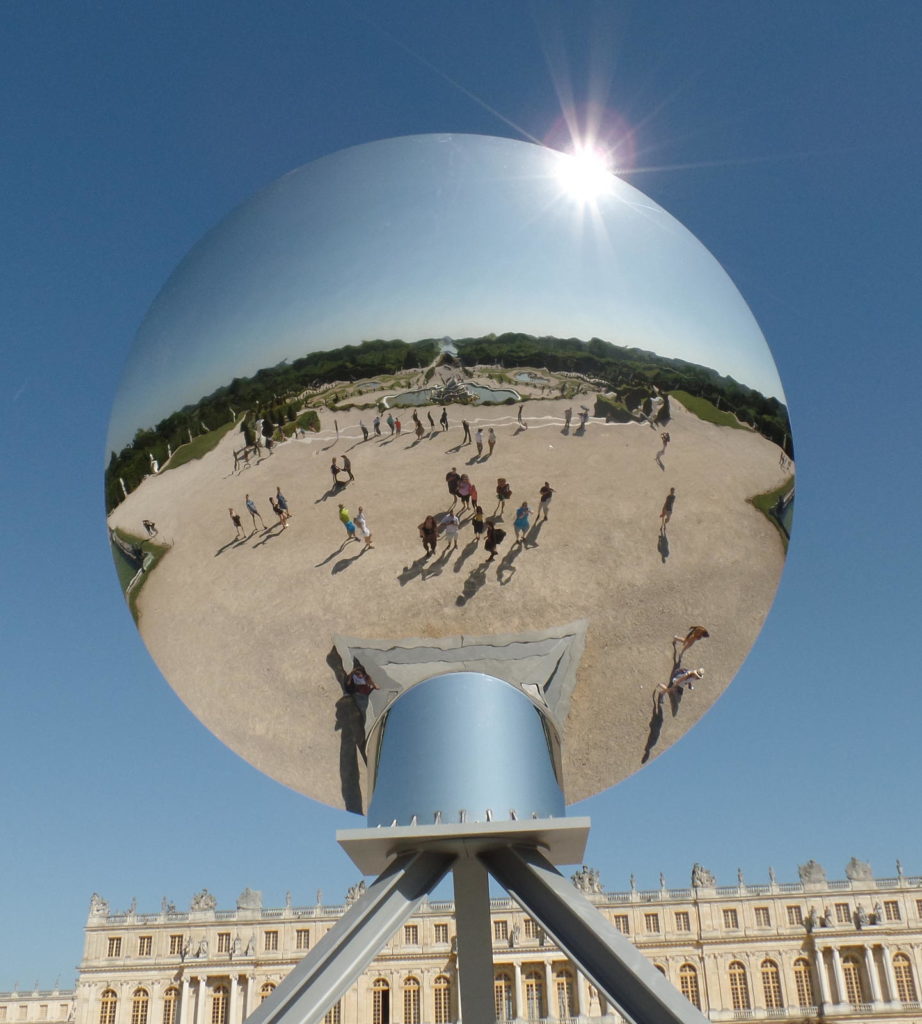 I had planned to spend an entire day at Versailles but we had a few issues with the Metro breaking down. By the time we got to Versailles it was 1 pm. We were using our Paris Museum Pass which includes entrance to Versailles so it wasn’t like going in was wasting our money.

Because we were short on time we beelined for La Petit Trianon, which was what I wanted to see the most. We walked. There is a shuttle you can take but it’s crowded and it wasn’t really that far of a walk.

Before I go any further, let me affirm that there is a reason Versailles should be on everybody’s bucket list. It really is the most incredible place. None of my photos or descriptions will do it justice so you will just have to imagine that everything I say or show you is an understatement of how beautiful Versailles really is. When I make it back to the Paris area I definitely want to spend at least a full day exploring the gardens, the Palace, the Park, and the Trianon Estate. I think one full day would be enough but two would be even better. There is a 2-day passport available on the website for 25 EURO at the time of this writing, or of course it’s included in the Museum Pass.

Le Petit Trianon is the work of royal architect Ange-Jacques Gabriel. It was completed in 1768 and was given as a gift to Marie Antoinette from Louis XVI in 1774. Marie used the chateau as a respite from court life.

Marie Antoinette was in the gardens of the Petit Trianon when, on October 5, 1789, she received word that Parisian armed forces were coming for her arrest.

The gardens surrounding the Petit Trianon are beautiful and worth walking the paths, especially the area near the Temple de l’Amour. We didn’t have time to walk over to the Queen’s Hamlet so that will have to wait til next visit.

We walked over to The Grand Trianon, which is next to Le Petit Trianon. The Grand Trianon is, as it sounds, bigger and much more formal then Marie’s respite. There are huge rooms filled with the most beautiful furniture I’ve ever seen. If you like hot pink you will be in heaven. This also holds The Mirror Room with it’s giant walls of mirrors. This is my daughter’s favorite part of Versailles.

The Grand Trianon is overwhelming in the same way the Louvre is overwhelming. There is just so much to see, everything is beautiful, and it’s hard to take it all in. I took as many pictures as I could so that I could look through them when I got home.

After that we walked to the Grand Canal and had ice cream. There were a lot of people sitting near the Fountains of Versailles, which sit in the canal. We sat with them and rested and ate our ice cream. It was hot that day, maybe 93 degrees F so we were feeling pretty wiped out. After the ice cream we walked back towards the Palace itself. We walked past Apollo Fountain, which might be the most beautiful fountain ever made. Look at those horses!

On the walk back to the Palace we walked through the gardens as much as we could. We had about 30 minutes to rush through the Palace before it closed. Much like the Grand Trianon, it was gorgeous and caused sensory overload. I really want to go back and spend more time in the Palace.

So, considering how much time we had, I think we did pretty well. To really see Versailles I think I would need two full days. Next time I visit I will get the Museum Pass again and spend two days walking through the gardens, visiting all the manors, and just in general taking my time. It’s definitely one of the best places I have ever visited.

Previous Post: A Visit to the Tower of London
Next Post: Trout Lake Trail, Yellowstone National Park, WY, US