I have to say that this is my favorite hike in my favorite national park. It’s an easy walk that you can spend hours on in the mostly shady forest. There is usually a ton of wildlife on the trail if you’re quiet. And, for whatever reason, it’s not nearly as swamped as the the trails on the east side of Rocky Mountain National Park. I suspect a lot of people do the Emerald and Bear Lake trails and then don’t feel like hiking anymore. Whatever the reason, most of the trails on the west side and Kawuneechee Valley are pretty sparsely populated. 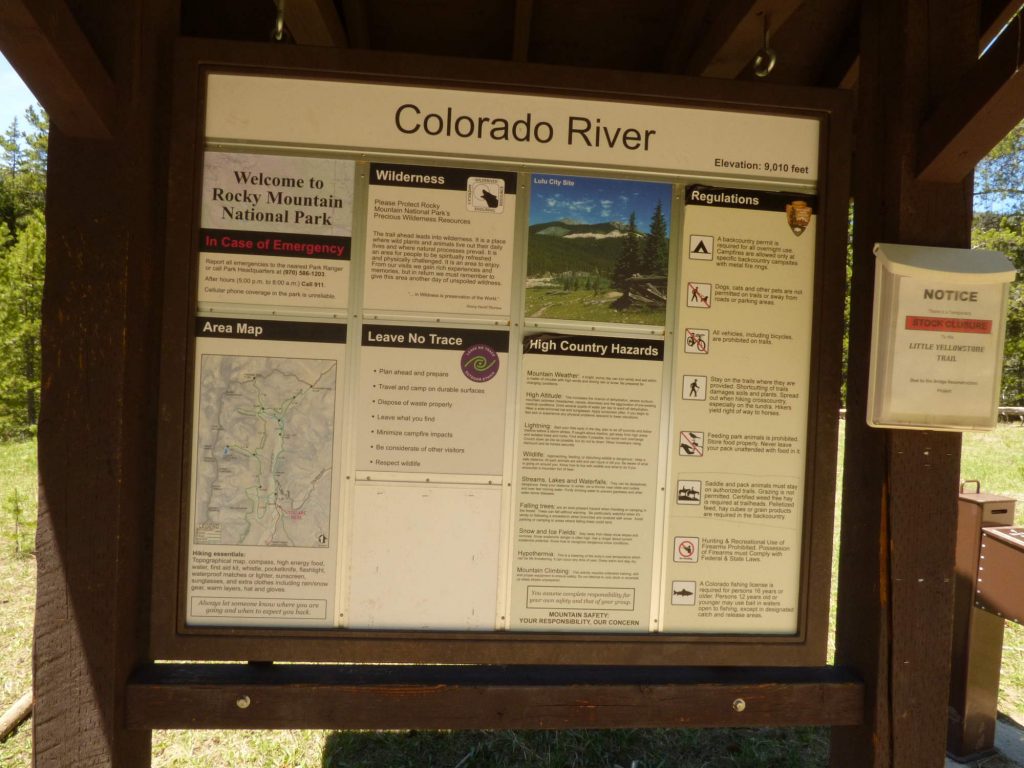 The first part of the hike goes up a short, steep hill but as soon as you reach the top your work is done. The rest of the trail meanders along the headwaters of the Colorado River. If you go in May or early June parts of the trail might have water on it and there will be some snow patches. From the trail you can hike all the way to  LaPoudre Pass, Little Yellowstone, or Lake of the Clouds. I have never made it to any of those places because I tend to do shorter hikes.

In July there are a ton of Columbines and other wildflowers on the trail. Early June when I did this hike the grass was still turning green and there was still a little snow, but the weather was a perfect 74 degrees and sunny. We spent some time chilling out in our favorite meadow and watched the butterflies. There are a lot of them on this hike, mostly Painted Ladies but also white ones and yellow ones. We hiked up about 1.5 miles and then turned around. The river was covering the trail in a few spots but overall it was just a really nice hike. In the areas where the river has flooded there were buttercups growing in the shallow water.

We saw a doe grazing in a meadow. She still had a lot of winter fuzz on her. 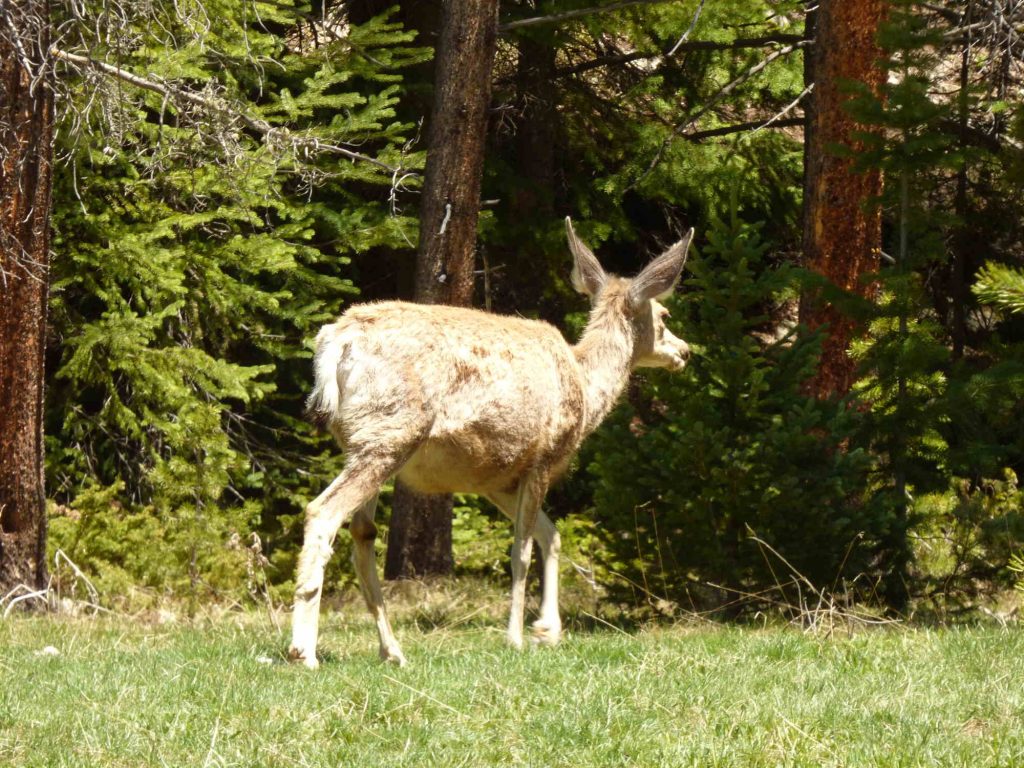 This buck walked out of the forest and just stood in the stream, chilling and drinking. He didn’t seem to care that we were there until I started taking his picture.

There are also a lot of woodpeckers on this trail, and a lot of pine and spruce that have been heavily pecked. This is because of pine beetles or some other infestation. For some reason my camera can get a good still shot of a hummingbird but can’t deal with a woodpecker very well. I’m pretty sure a hummingbird’s wings move faster than a woodpecker’s head, right? But here she sat still for a second.

A lot of the trail is walking through grassy meadows. It’s a really nice easy walk with a lot of wildlife and it always smells like pine trees. Maybe someday I will walk all the way up to  Little Yellowstone.